I frequently find myself waking up; showering, getting dressed, doing the exercises that I have to do every morning to stop my back hurting, and then finally being able to collapse into my chair an hour later, filled with relief that this tiresome routine is finally over. And then I remember that I haven’t made breakfast yet, and any semblance of happiness or satisfaction drains away from me.

Having to get up and traipse downstairs to make beans on toast is annoying, and it’s hard work. If you don’t have ASD, you’re probably asking why it’s hard work. Well, let me tell you:

As you can see; breakfast is pretty awful, and definitely not a task that should be attempted when one is lacking in resources. So then, the next question becomes; how do we handle the demon known as breakfast? The first and most obvious solution would be just not having it. Unfortunately, this is not viable because if I don’t eat something in the morning, I’ll start to feel sick and won’t have the energy to do anything until I do eat. Even if you could go without breakfast, it’s probably not a good idea to do so, as making sure that you eat enough is very important to staying healthy.

So, if not eating it is out of the question, then we need to find a way to make the process of creating it easier. The solution I use for this is a rather cheat-y way to solve the problem, and won’t work for everyone; in my case, I just eat stuff that I don’t need to cook if I’m not feeling up to it. Usually either crackers or a blueberry muffin. 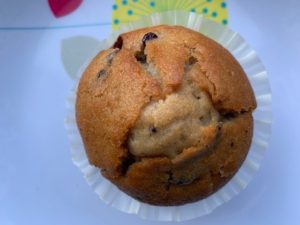 If I wanted to optimise this even further, I could consider keeping them next to my desk so that I don’t have to go downstairs to get my breakfast. The solution here would be to cook when you have the energy for it, otherwise just eat something that requires less energy. Or just get someone else who isn’t as frail in the mornings to make it for you. If you can do that, this is probably all entirely irrelevant for you in the first place, and you are very lucky.

But let’s say that you have only one thing for breakfast every day, and that one thing requires cooking, and that there is no way around that. You cannot get anyone else to do it for you; you must do it yourself. In that case, what can you do to make it easier?

In the case of beans on toast, one thing would be to prepare the meal beforehand. Before going to bed on any given day, you could get out a fresh piece of bread and stick it in the toaster; find some beans and put them in a pot in the fridge so that you know they’ll be there, make sure the toaster is on the right setting, and do any other applicable stuff before actually having to make the meal. Yes, you’re still doing the same activities that you’d normally have to do, but you’re doing it at a time when you have more energy. Alternatively, find some method to temporarily give yourself more energy to make the process easier. I sometimes challenge myself to see how fast I can get together all the ingredients for the meal, which helps me focus on the work and distracts me from how tired and hungry I am. Sometimes I put on Russian hardbass music and that helps me to keep going for just a bit longer. Maybe imagine that you’re living in a desolate eastern bloc neighbourhood, and that you’re cooking the last serving of beans that you’ll ever get to eat before your entire family is driven to starvation thanks to Stalin’s policies of collectivism. What I’m getting at is; try and make it more interesting, and less like a chore. Try and have fun doing it, rather than letting it just be something you have to do.

February 25, 2020in Uncategorizedby sarahComments Off on Breakfast